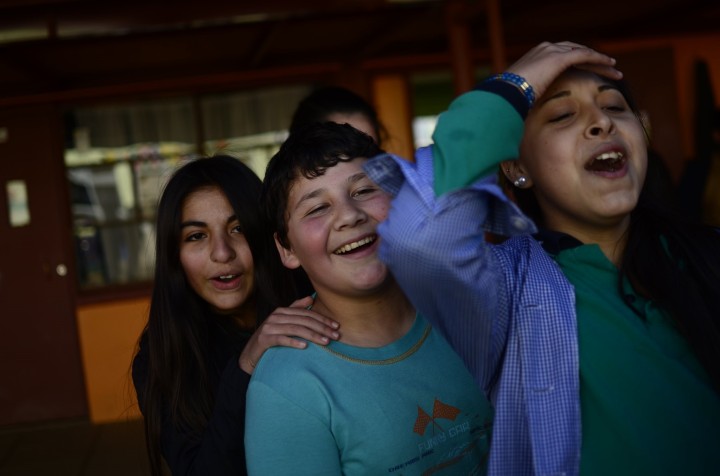 Chile is one of the most economically advanced and prosperous countries in Latin America. However, large wage gaps and wealth distribution continue to be at the forefront of the nation’s problems. As a result, high rates of poverty prevail; approximately 14.4% of the population live below the poverty line with a high prevalence of child poverty in Chile as well.

Children, one of the country’s most vulnerable populations, are especially susceptible to the consequences that poverty causes. Those who come from poorer families are more likely to face spillover effects with regard to their education, as well as their overall health and well-being. Additionally, indigenous and migrant children face an added level of discrimination. Because of these issues, child poverty in Chile is a growing concern.

Although school is mandatory for all children between the ages of 7 and 16, in rural areas, many children receive only limited schooling. There are an estimated 75,000 children who do not attend school. Oftentimes, children may abandon school in order to work and provide for their families.

The inequality with regard to access to education is even more evident in the higher education system, where enrollment costs are among the highest in the world. According to a survey released in 2017, 58% of Chileans believe that a lack of education leads to a lack of opportunities, further exacerbating overall poverty in Chile.

The good news is that UNICEF worked with the government in order to reduce child poverty in Chile by establishing laws and programs that provide additional protection for children’s right to education, like the development of the Inclusive Education Act and the New Public Education Act. UNICEF has also supported the Ministry of Education in developing strategies to train teachers, which emerged through a partnership with UNICEF and Fútbol Más, an organization that works to ensure the well-being of Chilean children.

Correlated to the lack of access to education, 6.6% of children between the ages of 5-17 are participants in child labor. Additionally, there are gender discrepancies within child labor; 9.5% of boys and 3.9% of girls engage in the workforce. Child labor is often a result of high unemployment rates; families expect and depend on their children to accrue revenue. The most common industries of work are commerce, hotel, restaurants, social services, agriculture and construction.

Moreover, the conditions of the workplace can have a negative impact on children’s overall health; approximately 70.6% of working children work at jobs that are dangerous. Those who work in agriculture are especially susceptible to perform unsafe tasks. The lack of public data available, including how much money goes toward inspection and the number of labor inspectors, further worsens how the country manages child labor.

Still, progress has occurred. In 2017, Chile developed a National Action Plan on Business and Human Rights, updating its list of hazardous occupations prohibited for children, as well as its inspector laws. The government also revised the Anti-Trafficking National Action Plan in 2019 and continues to support programs that address child labor, though commercial sexual exploitation and child labor are ongoing issues.

Not only does violence occur within the workplace, but also within the confines of the home. Children who become victims of physical, sexual and psychological domestic violence will frequently turn to the streets in order to escape their alarming home environments. Many end up in cities, surviving day to day and not knowing what their next source of water or food will be. These “street children” lack proper education, as well as many other resources necessary for a developing child.

About 547 adolescents and children lived on the streets during 2018. Fundación Don Bosco is an organization that gives opportunities to both children and adults who live in the street. The organization offers food, housing, psychological and psychiatric assistance to children and their parents, with the hope of rebuilding familial ties and reintegration. As previously mentioned, family abuse, and thus division, is the main reason why children take to the streets. Because of this, Fundación Don Bosco followed and offered professional support to 191 street children and their families.

In addition to street children, native and migrant children are two more marginalized groups that are especially susceptible to child poverty in Chile. About 5% of Chile’s population comprises of indigenous people, primarily the Aymara and the Mapuche. These children do not have the same access to education and healthy lifestyles as other children, due to their family’s lower economic status. As a result, they are likely to engage in labor work, from the fields to the factories, in order to help support their families. All the while, they can experience discrimination or people may view them as inferior due to their indigenous status.

Migrant children also face discrimination, especially with regard to their education. As a result, in 2017, the Ministry of Education evaluated migrant children in the education system in order to better assess and understand their role within the system, as well as to help identify barriers related to overall school inclusion. This led to the creation of the program, Chile Recognizes, which assists in regularizing the identity situation and status of migrant children.

Despite the evident fact that there is child poverty in Chile, economic and social progress has occurred. In 2019, the National Prosecutor’s Office signed an agreement to help improve coordination in providing services to children in need, as well as ensure that both Chile’s standards and reality with regard to children’s rights and development align with those of international expectations and treaties.

This article was originally published for The Borgen Project, which you can read here.